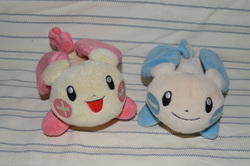 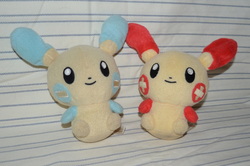 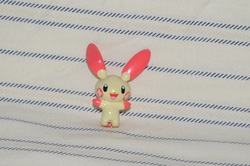 Got this a long time ago at the Pokemon Center (now Nintendo World) in NY. I wanted a Minun too, but they were out. The cashier gave me a Minun card to compensate which was nice of him. :)

Glow in the Dark Kids 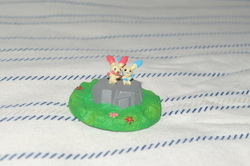 Unfortunately, the paint job isn't so great… Well, they are friggin tiny.
Got on July 16th, 2012 from a GA slothyshroom held. 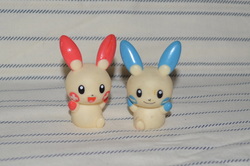 Bought from andredebrito, arrived on Aug 14th, 2012.
I'm not sure how I can clean them… 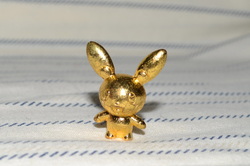 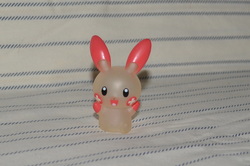 I don't like buying these guys in singles (they gotta be in pairs!) but it's rare to see the regular clear version of them (not glow in the dark) so I ended up with just Plusle… Another seller had a Minun at the same time, but I was beat to it. xD; Got this on Oct 13th, 2012 from doryphish333 on LJ. 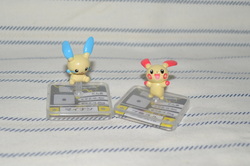 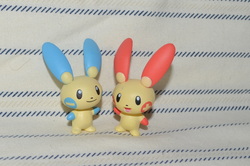 It's hard to get them to stand up, and they fall over easily… They came with little sticky stand things but I threw them out accidentally heh. 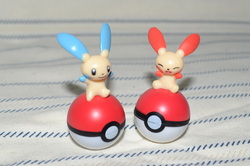 No idea what these are actually called heh.

Got at the same time and from the same GA as the bobbleheads. 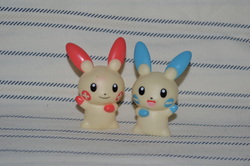 Or as I've been calling them, "Plusle mouth closed" and "Minun mouth open" kids.
Pretty sure they're the attack kids though…
Got these on Dec 29th, 2012 from lugidog. 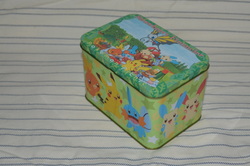 I really like having tins, and this one is so nice! 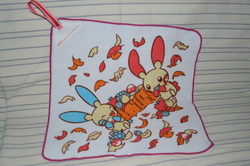 The auction kept tempting me, and I finally caved lol. 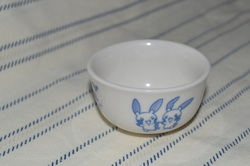 Got with the washcloth above. 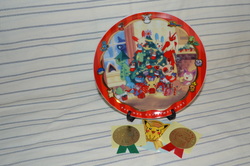 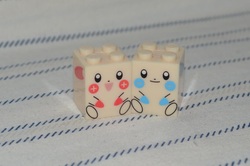 They're called "Mega"blocks but they're really small. (Yeah I know that's the company's name.)
Got on April 5th, 2013 from baconscreation. 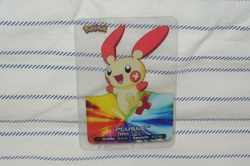 Only just realized when taking this photo that this isn't in English lol.
It's in German or something…?
Anyways, got this on Jun 12th, 2012 from some leftover sales from a GA hebitheivan held.